We have archived our news items back till 2002. Our latest news is here. 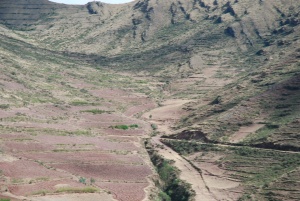 Although in comparison to early years Christchurch had a quieter time of things during 2014, but that doesn’t mean it should go unnoticed as there were still a few events good and bad that will remain in people’s minds for a while. Agriculture, weather, construction, sport business and politics all had a role to play in making 2014 a memorable one.

Construction
A lot of construction took place during 2014 bringing with it new jobs for those in and around the area. The demand for labour was so high that even foreigners were brought in to get jobs completed in time. When walking or driving around Christchurch women lorry drivers became commonplace as did the amount of work available and the demand for those with the skills to meet the requirements.

Weather
Tornadoes, floods and snowfall caused damage, fires and many were hit by hailstones too causing further damage to properties and power lines. Floods caused landslides so bad that one caused a truck full of fuel to spill out into the harbour leading to a mass clean up.  The temperature didn’t drop as low as was hoped during the ski season leaving that a flop too!

Agriculture
Dairy prices around Mt Hutt and Canterbury reduced by half over a nine month period; however debt repayments management schemes allowed farmers to see a light at the end of the tunnel.  On the upside the price of lamb increased as did the price of beef, unfortunately venison went down in price with many opting to purchase from Spain instead where it was sold at a cheaper price.

Sport
There were highs and lows with the sports teams of Christchurch, they saw their team lose to the Crusaders and the netball team come in last. Unfortunately the football team did no better unable to make the grade to achieve the playoffs.  The Canterbury Bulls won the National Championships adding trophies to the areas cupboard as did both the softball team for women and men. Individuals such as Anton Cooper also increased the areas fame winning gold for cross country mountain biking and Tom Walsh for his shot-put efforts.

Business
The main business pick up was down to all the construction work undertaken in 2014. Vehicles were also a top seller bringing in a hopping $400 million in the space of 4 months! Unfortunately the success was not the same for the smaller construction companies, one goes down others followed.

Politics
The post-earthquake management was extremely important in the politics leading to National beating labour in most places. Although a few extra votes were achieved by the earthquake court and insurance company owned by the public they were unable to make the grade.

Crime
Crime was fortunately down in comparison to more recent years adding to Christchurch’s return to normality.

Health
Due to the reconstruction of hospitals in Christchurch and Burwood parking was a nightmare for those working in and those visiting the hospitals. With the homelessness levels having risen because of the problems over recent years the mental health teams were put under immense strain and although funding was needed the request was not granted.