We have archived our news items back till 2002. Our latest news is here.

New Zealand has quickly become one of the top tourist destination spots in the world, with Mt. Hutt high on the list of must visit places. This is especially true for those that like a little adventure in their holidays, as snow skiing and snowboarding are what drive many people to the area. When you go on a vacation like that, you want to have plenty of pictures and videos to remember it by, but it’s pretty hard to snap a selfie when you are roaring down a mountainside on a board or ski’s. Tourism New Zealand may just be able to help you out with that, but perhaps not in a way that you would have ever imagined. 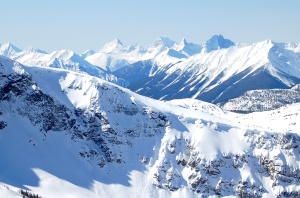 The general consensus is that drones may be employed at some of the top tourist spots across the country. The little flying machines will take short videos that will capture the action without the video subjects tisking harm to themselves or others while trying to snap a selfie at high speed. If you think that this all sounds like something out of a science fiction movie, think again, as “dronies” have already wormed their way into the New Zealand tourist culture. That cute little term was allegedly brought to life when Photojojo founder Amit Gupta has a drone shot taken of himself and his friends on a mountain.

The dronie hashtag #dronie has already been used over 1,200 times in social media, prompting Tourism New Zealand to go out and purchase a DJI Phantom 2 Vision + drone that is now being sent out to the popular ski slopes across the country. A spokesperson for the Tourism board has said that the drone idea was put in place to appeal to younger tourists with a love for the adventure vacations that New Zealand has to offer. He sees dronies as a totally unique alternative to the selfie, which we all know has taken over the social media world.

The drones are capable of capturing 8-second HD videos, with each clip starting with a close-up of the skier before panning out to show the brilliant scenery around them. The drones are now in effect, and can be seen hovering over the slopes in Mount Hutt, Coronet Peak, and Mount Cook. With ski season about to hit high gear, the tourism board hopes that the #NZDronie hashtag will be a common sight on social media sites the world over.

Those caught on video will be sent an e-mail of the clip directly to their inbox and will be asked to share the footage with the world, using the aforementioned hashtag of course. It is Australians who are the biggest ski visitors to New Zealand right now, with roughly 15% of all visitors from Oz going to New Zealand for a spot of skiing or snowboarding. The tourism board believes that this drone technology may soon be picking out golfers and cyclers across the country, and that they may even become popular outside of tourism.

Have a holiday in the South Island of New Zealand.